What Are The Benefits of Pilates?

Pilates is a form of exercise by a German National, Joseph Pilates, in the 1920’s, while he was being held in a British Prison during the First World War. At that time of his incarceration in the British Jail, Joseph Pilates was a top class athlete. He was a diver, swimmer, gymnast and a practitioner of Zen philosophy. However, it was not always so. He was born a sickly child. Undaunted by his lack of physical prowess he embarked on a fitness program. He took up sports in a big way and visited the gymnasium in his spare time. Like other fitness enthusiasts of his times, he was very impressed by the achievements of the Greeks when it came to physical culture.

During his period incarceration, in a British prison, he invented a system of exercise that used body weight for resistance training, naming it Pilates. An advanced form of this exercise used a bed like contraption known as Pilates Reformer to control and refine movements. Joseph Pilates called this new exercise format Contrology as it laid stress on quick, precise movements. Joseph Pilates got an opportunity to use his newly learned skills in the war itself. He was put in charge of rehabilitating patients injured during the war. It was here that he first tasted success. The Pilates Reformer turned out to be an excellent too when it came to rehabilitating patients because most of the exercises were done in a supine, prone or lying down position.

More than eight decades have passed since Joseph Pilates invented the Reformer. However, interest in this exercise format continues unabated. Millions turn up for their Pilates classes every day because it is so easy and uncomplicated. 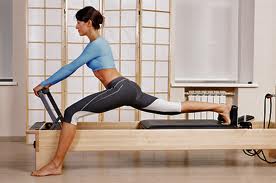 When it comes to health benefits, Pilates scores over other formats because it is low in impact and can be done by almost everybody. Some of the health benefits of Pilates include –

Pilates is a form of exercise that is very low in impact. Most exercises like running, jogging, and weight lifting consist of jerky, repetitive movements that are bad for the joints. Pilates is different because it is quick and flowing. Moreover, the exercises are done in the prone, supine and lying down position. Pilates is good for all age groups and fitness levels.

Our body loses shape as we age. This happens because the muscles of our body lose their strength and vigor due to lack of exercise. Aging is an irreversible process, and our body will lose its strength as it ages. We cannot stop this process, but we can certainly slow this process by exercising daily and eating in moderation. Pilates targets the core muscles of our body and makes them strong. A stronger core results in several benefits including improved flexibility and dexterity, better mind body connection, better posture and increased sense of well-being.

By focusing on quick flowing movements, it develops muscles that are needed for routine day to day tasks like picking up a book or placing it on a shelf. The Pilates reformer takes this one step further by increasing the resistance level gradually.

Aerobic exercises help in losing weight. Pilates is not an aerobic exercise, but by building muscles it helps you lose weight. Weight is lost by burning more calories than what you consume. A better musculature will help you burn more calories than before. Moreover, once you start doing Pilates regularly, you will have the self-control and the discipline to manage your diet, which will go a long way in managing your diet.

So now you have leant about the benefits of Pilates, why not join a Pilates exercise program and kick start a healthy you from this very moment.

HomeHealthcareProducts101.com is a representative of the Amazon EU Associates Programme. It is appendant advertising campaign created to supply means for websites to gain advertising fees by advertising and linking to Amazon.co.uk, Amazon.de, Amazon.fr, Amazon.it, Amazon.es.